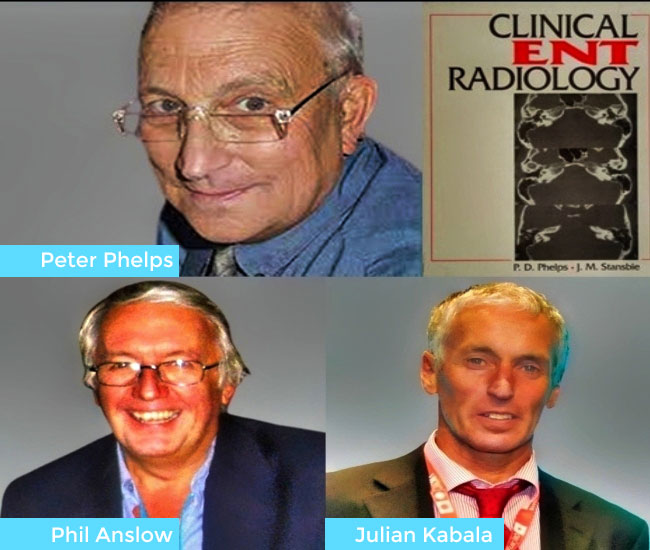 The British Society of Head & Neck Imaging was founded in 1998 by Drs Peter Phelps, Philip Anslow & Julian Kabala. The sub speciality of Head & Neck Radiology was already well established in the USA & Europe with the formation of ASHNR in 1977 & the ESHNR in 1988.

Dr Julian Kabala a Radiologist from Bristol attended the ESHNR meetings in Barcelona (1993) & Groningen (1995) and was impressed by the high standards of presentations & interactions with clinical colleagues. A chance meeting with Dr Phil Anslow, Neuroradiologist from Oxford at a Royal College of Radiologists conference in Southampton (1996) lead to a conversation about running similar meetings in the UK. They decided that it would be important to involve Dr Peter Phelps, who was recognised as the dominant figure in developing and practicing Head and Neck Radiology in the UK in those days.

The trio set up a meeting entitled ‘Head and Neck Radiology Forum’ that took place in June 1997 at the Royal Society of Medicine in London. They proposed that the meeting becomes an annual event. They also proposed to elect a committee, adopt a constitution and accept members. The society was formally incorporated at the meeting in June 1998. Dr Peter Phelps was elected as the first President, Dr Phil Anslow as Vice President (and President elect) and Dr Julian Kabala as the Secretary/Treasurer.

Dr Peter Phelps was a founder President of the BSHNI. He was a pioneer in temporal bone imaging and co-wrote the definitive textbook on ENT Radiology of its time. In his memory the Society has instituted an inscription on the ‘Wall of Honour’ at the Royal Society of Medicine, London. It is our way of saying thank you to Peter for his outstanding contribution to British Head and Neck Imaging.
The Peter Phelps Lecture, commemorating the first President of our Society was introduced in 2012 and is now the centrepiece of the BSHNI Annual Meeting. A distinguished Head and Neck Radiologist, usually from overseas, is invited to give this lecture. 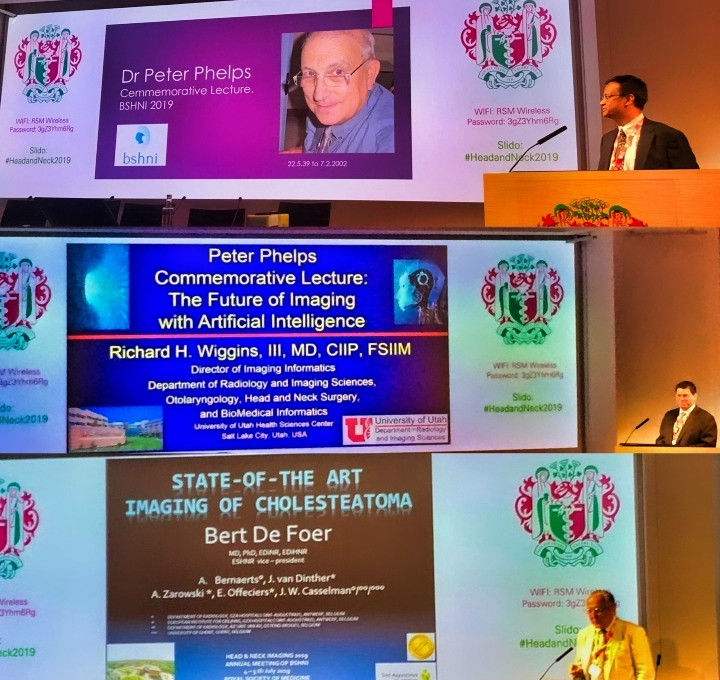